Rev. Martin Luther King wrote a paper on Mithraism in 1949. He also received an A grade on the essay on his presentation skills on an otherwise difficult concept.

The details of MLK's papers are in Stanford's website - http://mlk-kpp01.stanford.edu/index.php/kingpapers/article/volume_i_13_september_to_23_november_1949/.

I witnessed Mithraism (worship of Mitra) when I was in Rome, Italy. Mithra (AKA Mitra) is Vedic and Zoroaster's view of the powerful phenomenon that guided Sun to spring. Yes, from winter to spring - a resurrection, a rebirth of the Sun - the procreator, the God of the yesteryears.

The Vatican Museums and Basilica of San Clemente offered me direct insights into Mithra worship - a likely predecessor to Christianity - a long forgotten history of reconciliation of a prevailing system to the great spiritual movement that was gaining sturdy influence with its purer conception of God.

You can witness the mercy, the power of the Sol-God only in darkness of the labyrinths in the dungeons at San Clemente.

Mithra is the phenomenon that symbolizes the movement of the Sun away from a Taurus culmination of summer solstice. The slaying of the bull - "taurobolium", is so evident in the sculptures in the dungeons in Saint Clemente's basilica. The presence of Ashvins in the rock sculpture; could also be Gemini twins; Saturn giving out the weapon to destroy the bull; Sol and Luna blessing the act; Sirius the dog, the Lunar nodes shown as a serpent and Scorpion (scorpio) all active participants marked the new epoch - the birth of a new era.
Posted by Dev B at 7:40 PM 1 comment:

A new look at Venus, Jupiter and Saturn.

Sukracharya (related to Venus), son of Brighu was vengeful of Vishnu – Vishnu having destroyed their haven and having killed his mother and the ashuras who she had given shelter to. Besides, Brihaspati was the favored one both from his earlier teacher and Brihaspati's father Angiras and the Devas who eventually elected Brihaspati as their own Guru.

Sukracharya, therefore, chose the ashuras (the dark side, if the name permits) as his disciples and being stronger and more powerfully learned than Brihaspati quickly led Ashuras to victory over the Devas.

That was quite a mouthful!

Sukracharya’s progeny became the clan of Purus – Pauravas, the family that fought in the Mahabharata and also Yadus – the dynasty that Lord Krishna belonged to.

Those of us endowed with Venus like features that Sukracharya relates to are – Highly informed and knowledgeable; much better than the competitor but are not always recognized by our managers and tribal leaders, easily capable of winning (victory),  egotist and plagued with vanity and vengeance. The Sukra endowed persons give rise to progenitors that become strong clans.

Those that fall in line with Jupiter (Brihaspati) get recognition much beyond their worth. Status, favors and recognition come easy compared to other folks who actually deserve it. However, the shortcuts to success only create holes in security; and eventually the downtrend begins to re-instate folks aligned to Sukra (Venus) (who are more hardworking and zealous in their efforts) to take over or rule.

Some victories won by the Venus-driven may also get counteracted by Saturn who is Venus’ friend. It is not unusual to see a strong Venus-Saturn combination leading to Financial and Health problems in a person’s life. It’s a clear indication for those born with strong Venus and Saturn to witness a complete reversal of their fortunes and health two to three times in their lifetime. But, having Sukra as their Guru, these reversals are short-lived and eventually bring forth the victory they deserve.

On the other hand, without a notion of a down trend, Jupiter (Brihaspati) driven persons eventually lose out – either overconfident or too lazy to fight the battles. Jupiter gains in the beginning, the end may be okay with a good Moon combination; but not anywhere close to how it began. Obesity and laziness are Jupiterial trends that can destroy the otherwise spiritually inclined.
Posted by Dev B at 8:09 PM No comments: 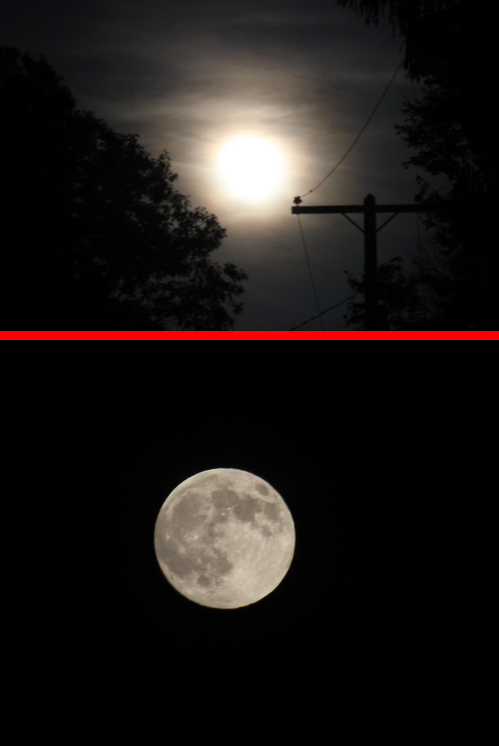 What a day! What a night!

The Sun fiercely crossed the Summer Solstice or was it this planet. Never mind the relative motions; the sun was certainly fierce today.

The moon on the seventh house rose immediately after a deep sunset - was it the moon? It was the Supermoon!

The celestial gods blessed us with quite a sight - the day and the night.

The Sun and the Moon have so many differences - so many conflicts and yet many areas of agreement. This was not their best moments; it was a mere feast for mortal eyes only.

The moon and sun are in constant tensions when they are a quadrant away. The moon in positions 1, 4,7,10 from the sun are never without tensions. Though Varaha Mihira states Full Moon (180 degrees between the sun and moon are good), I tend to differ.

The Kendrasthans are not good between sun and moon. Neither is the 5th position. Only 3rd, 6th, 8th, 9th and 11th are good combinations between the two fast moving celestial planets. If the moon is blessed by aspects from Jupiter and Venus; the yoga combinations above and the aspects are extremely important indications for happiness and wealth.
Posted by Dev B at 7:25 PM No comments: